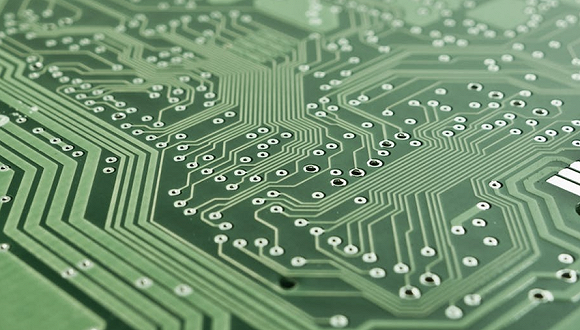 It is reported that the "3 + 1" development mode, including three strategic emerging industries of artificial intelligence, biomedicine and integrated circuit, and new economic development, will be the main line of the Shanghai cloud exhibition, displaying 40 local influential brands.

In the past two years, guided by the creation of "innovation highlands" for the three major industries of integrated circuit, artificial intelligence and biomedicine, Shanghai has accelerated the breakthrough of key core technologies and "neck sticking" bottlenecks, arranged innovation chains around the industrial chain, and released the effectiveness of the development of science and technology innovation centers. A number of major national science and technology infrastructure and scientific and technological research projects have been settled in Shanghai and achieved phased results.

At present, a large number of major original technologies and innovative achievements have emerged in Shanghai, such as artificial intelligence chips, photolithography machines, etchers, high-end medical imaging equipment, which fill in the gaps at home and abroad. The core competitiveness and international influence of the industry have been continuously improved.

In order to strengthen talent training, the Ministry of education supports the relevant universities in Shanghai to increase the number of doctoral candidates by 58%, and the Ministry of human resources and social security supports Shanghai to hold the advanced research project of "high end integrated circuit chip technology". In order to alleviate the pressure on enterprises' funds, Shanghai has studied and formulated the detailed rules for the discount management of long-term special credit funds.

The ability of independent innovation in the fields of basic research, design, manufacturing, packaging test, equipment and materials of integrated circuits has been continuously enhanced.

In the field of basic research, Shanghai has gathered a number of high-level universities and research institutions, such as Fudan University, Institute of Microsystems, Chinese Academy of Sciences, and has the only National Key Laboratory of integrated circuits, innovation center of integrated circuit manufacturing industry, and national integrated circuit research and development center. A batch of heavy materials, such as semi floating gate transistors, molybdenum sulfide transistors, high-speed and low-power new phase change storage materials, have emerged Great original innovation achievements.

In the field of design, Shanghai's R & D capacity has reached 7 nm, basically in line with the international advanced level. The market share of Ziguang zhanrui mobile baseband chip has ranked the third in the world, and Zhangjiang has become the most concentrated area for domestic IC design enterprises.

In the field of manufacturing, SMIC international and Huahong group are leading in the industry scale and process capacity in China. The 14 nanometer process is about to be mass produced. The total investment of three major projects including SMIC south, Huali phase II and Huada characteristic process line is more than 100 billion yuan. It is expected to become the most advanced industrial base in China after construction.

In the field of equipment and materials, China micro, Shanghai micro, shengmei and other industries have advanced level. The independently developed etching machine and cleaning machine have entered the overseas advanced production line, and the medium micro 5nm etching technology has entered the international advanced ranks. Xinsheng 12 inch silicon chip has passed the production line process validation, filling the domestic gap. Shanghai has become the region with the most integrated IC industry, the most complete industrial chain and the most independent and controllable ability in China.

In terms of artificial intelligence, Shanghai has become a national new generation of artificial intelligence innovation and development pilot area, with more than 1000 core enterprises, ranking first in the country in terms of the number of enterprises, showing the characteristics of application leading, technical support and comprehensive empowerment in many fields.

In 2019, under the adverse background of increasing downward pressure of industrial economy, Shanghai's biomedical manufacturing industry bucked the trend, and its production scale continued to maintain a rapid growth level. The total industrial output value reached 131.988 billion yuan, an increase of 7.3% over the previous year, 7.6 percentage points higher than the city's industrial average level, and 0.2 percentage points higher than the city's industrial growth. The supporting role of Shanghai's industry further emerged.

The "Shanghai plan" clearly states that Shanghai will strive to build an innovation highland of biomedical industry with international influence.

After the agglomeration of industrial areas, major technologies and products have emerged to fill the gaps at home and abroad: cloned monkeys based on somatic cell nuclear transfer technology, the first man-made single chromosome eukaryotic cells were born in Shanghai; the new domestic Alzheimer's disease drug gv-971 was conditionally approved for market; the first domestic PD-1 monoclonal antibody trepril, the first anti-tumor drug fuquinotinib, which has been completed in China from discovery to clinical The world's first integrated CT linear accelerator system, the first domestic integrated PET-MR and other innovative achievements have been approved for listing.

All kinds of high-level innovation units and talents are gathering rapidly. Shanghai has gathered a number of domestic leading scientific research institutes in life science, pharmacy, chemistry and other fields, with 64 academicians of the "two academies" in this field.

Eight of the top 10 biomedical companies in the world have set up R & D or production centers in Shanghai. There are nearly 5000 hospitals, new drug clinical research bases and clinical trial institutions in Shanghai.

Please enter your username or email address. You will receive a link to create a new password via email.